TVF is an international textile supplier headquartered in Carmel, Indiana. The company supports customers in the industrial, print media, apparel, and home furnishings markets. Products made from its fabrics can be found around the world in dogsled races, ocean booms, extreme sports, vinyl coverings, backpacks, and much more.

Dick Hanzel co-founded TVF in 1974 and became its sole owner in 2001. He launched the company with the advertising slogan “We try harder.” The tagline continues as part of TVF’s culture today. When the time came for considering retirement, Hanzel wanted a succession plan that would preserve his business legacy and keep the success-oriented culture he built intact. He found the next chapter for TVF through employee ownership, which truly emphasized the “we” that launched the company more than 30 years before.

Around age 62, Hanzel began the bittersweet succession planning process. He had no family working within TVF to assume ownership. He did not like the idea of selling his life’s work to a competitor or private equity firm. After many years and two failed management buyout attempts, Hanzel went to his executive team for help. Specifically, in early 2010 he asked Chris Fredericks, TVF’s Chief Financial Officer, to figure out the best approach.

While starting to explore options, Fredericks talked to Andy Manchir of TVF’s accounting firm Katz, Sapper & Miller, who suggested an employee stock ownership plan (ESOP). After familiarizing himself with how ESOPs work, Fredericks presented the concept to Hanzel. Like many business owners, Hanzel appreciated the idea of employee ownership but thought the process would be too complicated and expensive. However, Fredericks assured him that with the right process and advisors, it would work well. Hanzel ultimately chose an ESOP transition for TVF’s future based on its ability to accomplish the financial and nonfinancial outcomes he desired.

With Manchir’s guidance, Fredericks hired a team of advisors and worked to structure the sale over the next six months. They established the ESOP Trust, which purchased 100% of TVF’s shares from Hanzel at a negotiated arm’s length fair market price. Hanzel agreed to finance the purchase with an eight-year loan. All TVF employees became beneficiaries of the ESOP Trust with the shares allocated to employees through retirement contributions spread out over 25 years. Fredericks was appointed TVF’s President.

Hanzel and Fredericks announced the sale to employees on October 1, 2010. Hanzel transitioned to Chairman of the Board where he served until 2014. He offered leadership support as needed, but fully allowed his executive team and the collective of employee owners to guide the company into its next phase. While letting go was difficult, he felt comfortable with his decision. “I am proud of this company and its people. I feel good about my legacy and know they will take it to new levels of achievement.”

As an employee-owned company, TVF went from good to great. Success came both financially and fundamentally in how employees connected with the business. The “we try harder” slogan resonated more than ever.

Financial Performance – TVF steadily experienced improvement in its core financial metrics. In the nine years since the company transitioned to an ESOP, it has doubled sales and tripled profits.

Goal Attainment – The increased cash flow allowed the company to pay off Hanzel’s loan in four years rather than eight. This marked TVF’s first major milestone as an employee-owned company. The team then rallied around a second multi-year goal for attaining a target share price and achieved it in three years; two years ahead of schedule.

Shared Rewards – TVF’s consistent growth led a 50% increase in personnel over nine years. Every team member – from the c-suite to the entry-level worker – benefited financially as TVF succeeded. This is reflected primarily in TVF employees’ ESOP retirement account balances that are well above the generational equivalent average American worker’s 401(k) balance.

Dick Hanzel passed away in 2018, but not before achieving an incredible legacy. With his financial success, he and his wife of 53 years lived well, but relatively modestly, enabling him to establish a scholarship fund at his alma mater the University of Nebraska. His legacy also lives on in TVF’s success and future. Hanzel was proud of what he built, and even prouder of what he left behind.

Succession planning is a challenging but inevitable part of a business owner’s life. It is important to find an outcome that feels good. Dick Hanzel and TVF’s story shows that with employee ownership, a succession plan doesn’t need to represent an end, but rather a new beginning. 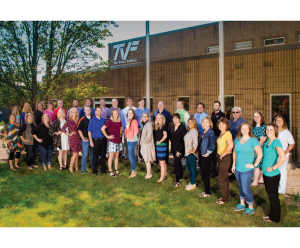 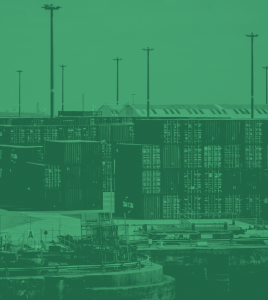